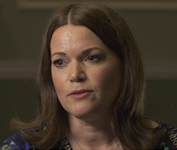 Sonia Shaljean is the Founder of Lads Need Dads C.I.C.  Male-led group mentoring, bushcraft survival and lifeskill training for boys age 11-15 years. Sonia set up Lads Need Dads to address the ever-growing social issue of the absent father and its impact on young males.   Having worked for over twenty years in the fields of offending behaviour, alcohol and drugs, homelessness, anger management and complex families, Sonia found, not only were the majority of the service users’ she encountered, male, but many also shared a common factor; either an absent or abusive father.  Sonia felt compelled to set up a project that addressed this issue in order to prevent another generation of boys growing into the clients she had worked with, and hence Lads Need Dads was birthed in 2015. Lads Need Dads seeks to empower and enable boys age 11-15 with absent fathers or limited access to a male role model, to be motivated, responsible, capable, resilient and emotionally  competent, to prevent them becoming at-risk of under achieving, offending, exclusion or dropping out of school. Sonia is a Lloyds 2015/16 Social Entrepreneur, is married with three sons and is passionate about prevention work.