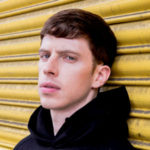 Nick Brewer is a critically acclaimed Rap artist, who, still at an early stage in his career has sold over 150,000 records in the UK, and also earned himself a top 20 hit along the way. He has amassed millions of views and plays online, and has also delivered performances to thousands of people, including renowned festivals like Reading & Leeds, The Isle Of Wight and Wireless Festival.

Nick is also hugely passionate about working with young people, which he has been doing in various forms over the past 10 years. This passion has led to Nick creating the Talk About It project; a programme of workshops which raises awareness of mental health issues amongst young people, empowering them to talk about how they are feeling, and using music and creative writing to reflect personally and share publicly.