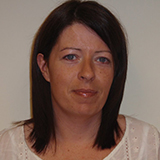 Jacqueline Williamson MBE is the Founder and Chief Executive of Kinship Care Northern Ireland – an award winning charity which supports children who cannot be cared for by their own parents to live safely and securely within their own families and communities. The organisation has achieved considerable success building the confidence and resilience of some of the most disadvantaged children and young people – working with around 340 children and young people each year. Jacqueline has a special interest in supporting children without parental care having grown up in the care system.  The Shackleton Leadership Award supported Jacqueline to set up a “School of Confidence” so she can extend the reach of her work to include children who haven’t had the easiest start to their lives in other parts of Northern Ireland. Jacqueline was awarded an MBE in the 2018 New Year’s Honours List.