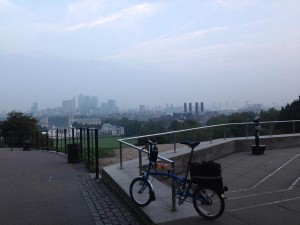 As part of the Shackleton Foundation’s My Antarctic campaign I cycled a Brompton bicycle from London to Geneva via Paris last month. This was a solo journey of 650 miles or so (1000km) completed in one week using a Garmin sat nav and Google maps.

I undertook this challenge because navigation has never been my strong point (several friends and colleagues will readily agree to this). Because of this, I was nervous ahead of the start of a) getting lost b) not being able to speak French properly and c) looking foolish in front of friends and colleagues if I did not succeed. In essence the challenge was a fear of the unknown, and a fear of failure. These hurdles however, were smaller than I thought. 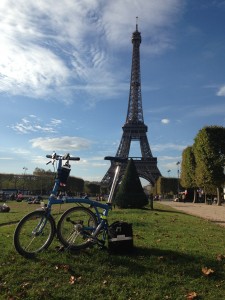 I was outside of my comfort zone, and at first, the challenge seemed a little overwhelming. Breaking the distance down day by day into its constituent parts helped however. As did the support via Twitter of the Shackleton Foundation, Brompton and many other friends and supporters. As the days passed my confidence in my own abilities grew. I was also able to tell when the sat nav was mistakenly suggesting alternative routes (often).

There were several days were thing had gone wrong, or the ups were steeper then the downs. Without those moments however, the satisfaction in completing my challenge would be that much smaller. 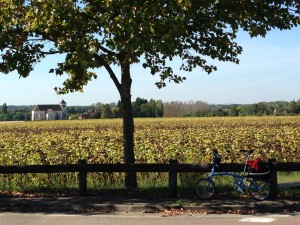 Finally, I had time on the bike to reflect on what I was doing, and why I was doing it. The Shackleton Foundation has been able to find some incredible people, creating new charitable ventures that are making real differences in peoples lives. The My Antarctic challenge helps us to continue to find more like-minded people to support. If you have any spare change down the back of the sofa please donate. Just as important, however: do you have a challenge that you think you can beat, and raise money for charity? Do it. You’ll be surprised what you can do!

If you've got an idea for a new social enterprise, @Investec @Beyond_Biz has extended the deadline for grant applications.

The School for Social Entrepreneurs@SchSocEnt·
6 Aug

Are you a social enterprise in need of emergency #funding? Based in England & turning over £25k-£1.5m pre-Covid?