The Shackleton Foundation is very proud of Anton Oliver, our first Ambassador to take on a ‘My Antarctic‘ challenge.

The Shackleton Foundation believes everyone has an ‘Antarctic’. This is a personal challenge you have, something that maybe scares you, but a challenge you would also secretly love to conquer.

Anton Oliver is the former captain of the All Blacks, the New Zealand rugby union team. Although used to being in front of large audiences on the rugby pitch, the idea of a musical performance was well outside of his comfort zone. So, for his ‘My Antarctic’ challenge Anton travelled to New Zealand to perform the story of Peter and the Wolf alongside the New Zealand Symphony Orchestra. Here is his experience: 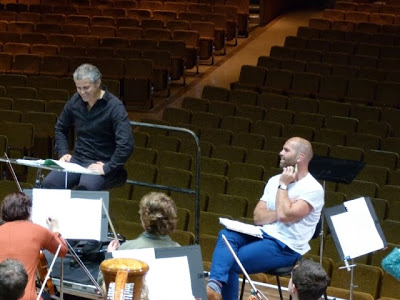 “So I knew I was really in the brown stuff after my first rehearsal.  Unable to read sheet music I had learnt the score that was sent to me in London so I could at least be ‘off book’ when I got to NZ. Half way through our first rehearsal (only one of two scheduled) the conductor stopped and we compared scores – turns out I had a different score to everyone else and the words that I had learned were mostly out of sync with the orchestra and I’d have to relearn a whole new script.

I had one rehearsal and a free day to get myself somewhere near a level of credibility; a level that meant I wouldn’t be humiliated and laughed at, which was my own ‘Antarctic’ experience: humiliation and fear in front of thousands of people – nowhere to hide, no team to hide behind, just hoards of people laughing at me, out of my depth, looking like a fool.

Fast forward two days and now I’m standing in front of 4000 people, in New Zealand’s premier orchestral venue, being recorded by Radio NZ (our version of the BBC) initially performing the role of MC: introducing the orchestra, conductor, explaining the evening’s structure then retiring to my own room before it was my turn to get back out there and narrate Prokofiev’s ‘Peter and the Wolf’. 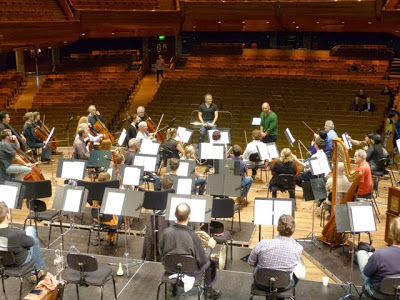 Backstage, alone in my room, I turned the light off and lay down on the floor. I closed my eyes and tried to relax. I began to contemplate what the hell I was doing here and why was I so foolish as to agree to do such a stupid blo*dy thing  in the first place: I’m no actor, I’m not a performer, I have cauliflower ears and like red meat – what was I thinking?! Moron!

Fear, genuine fear, is truly an awful emotion to experience – if you’ve ever felt it you’ll know what I’m talking about.

My body was betraying whatever mind tricks I was attempting to deploy on myself: ‘ You’ll be fine Anton (no I won’t)’, ‘You’ve prepared well (I hadn’t), ‘You’ve spoken to thousands of people before (not like this)’. These tricks didn’t stack up with the mysterious nervous foot tapping I’d suddenly developed, the generous flow of sweat that was trickling down my back, and the persistently dry mouth that I constantly had no matter how many sips of water I consumed.

And then it was time. 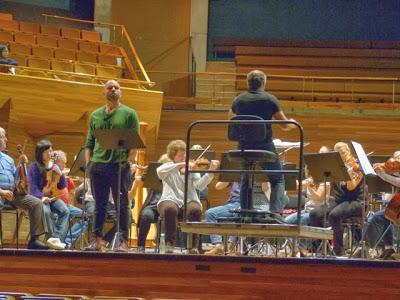 I stood in the shadows backstage – not too dissimilar to the precious moments in the tunnel before I used to run out on the pitch for the All Blacks – along and lost in my thoughts.

In time I got better. In time, as the tour progressed, the nerves dissipated. In time I actually got to the point where I enjoyed pretending to be a bird, a duck, a wolf etc. But it took time and it wasn’t something I necessarily had fun doing or enjoyed in the moment. Rather, I can look back upon my choice to step outside of my comfort zone and enter the realm of severe perceived personal risk with pride –for it is only in this space, where a perceived fear is real and confronted, that true personal growth is experienced and importantly, enjoyed.”

The Shackleton Foundation would like to say a massive thank you to Anton Oliver for being such a fantastic ambassador! You can donate to Anton’s fantastic challenge online.