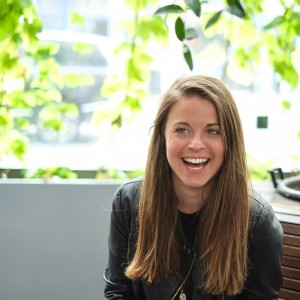 Eve is the Founder and Managing Director of Well Grounded, a speciality Coffee Academy that is changing lives.

Well Grounded tackles youth unemployment through coffee, by linking socially and economically disadvantaged 16-24 year olds with skills they need to access roles as Professional Baristas.  It is based on the belief that all young people have a right to a job, whatever their background.  Young people gain a career but most importantly economic stability, increased confidence and key functional skills.  They are provided with a vital  wrap around services to sustain them in employment supporting them every step of the way.

Well Grounded launched in 2015 and has supported 15 beneficiaries into employment as Speciality Baristas and a further 10 into further education and work placements.  The Shackleton Award will enable Eve to scale the social enterprise this year and support more young people, as well as securing a permanent  Academy space.  Eve is a 2015/2016 Lloyds Social Entrepreneur, an UnLtd Fellow and Alumni of the Centre of Charity Effectiveness.

Applications will be closing soon for our next 8 week traineeship! If you are a prospective candidate then follow the link to apply directly, if you wish to refer someone on to our course then please do not hesitate to get in touch! https://twitter.com/WellGroundedHQ/status/1568197110775877634

Could you be a barista? Looking for an exciting career? Get free training, an accreditation, a supportive work placement and job opportunities in coffee. Apply at the link below for our free 8-week Specialty Coffee Traineeship sponsored by @Alpro !

💫 Good News Friday: 💫 We recently helped Nadine move into a beautiful new home that fits their culture and their needs. ⁠
⁠
*THIS* is what it's all about.⁠
⁠
Congratulations Nadine - you more than deserve it and we're so excited for you! 🏘️🪴